Venetian artist who sculpts using iron wire. In his work, he feels the need to lighten the sculpture, investigating lines that become pure design and music in space.

"The Light Fort" by Giovanni Pinosio belongs to a series of spaces - experience that the creative studio Riben Benri creates, in collaboration with the artist, to offer highly personalized imaginary furnishing solutions.

“Until what point?” the imagination asked.

“My questions are your questions, remember?”

“Precisely for this reason you have to build me a house that is not afraid of restlessness.

No indeed! Find me a fort. Yes, a strong one like those of the war, but make it light!”

“Yes, a fort that is not afraid of being conquered. A strong one for my questions. Your questions.

A fort that is strong for our lightness”.

This conversation is the architecture of an ordinary man’s premeditated escape from – and with – his own imagination. He mentions an imminent danger, as imminent as to keep him segregated for years within what has become his impregnable fortress of him. Over time, however, doubt assails him: where is the real danger? Outside or inside of me?

The boundary between the two is so thin that it inexorably leads him to recognize his own fragility as the only possible fortress. 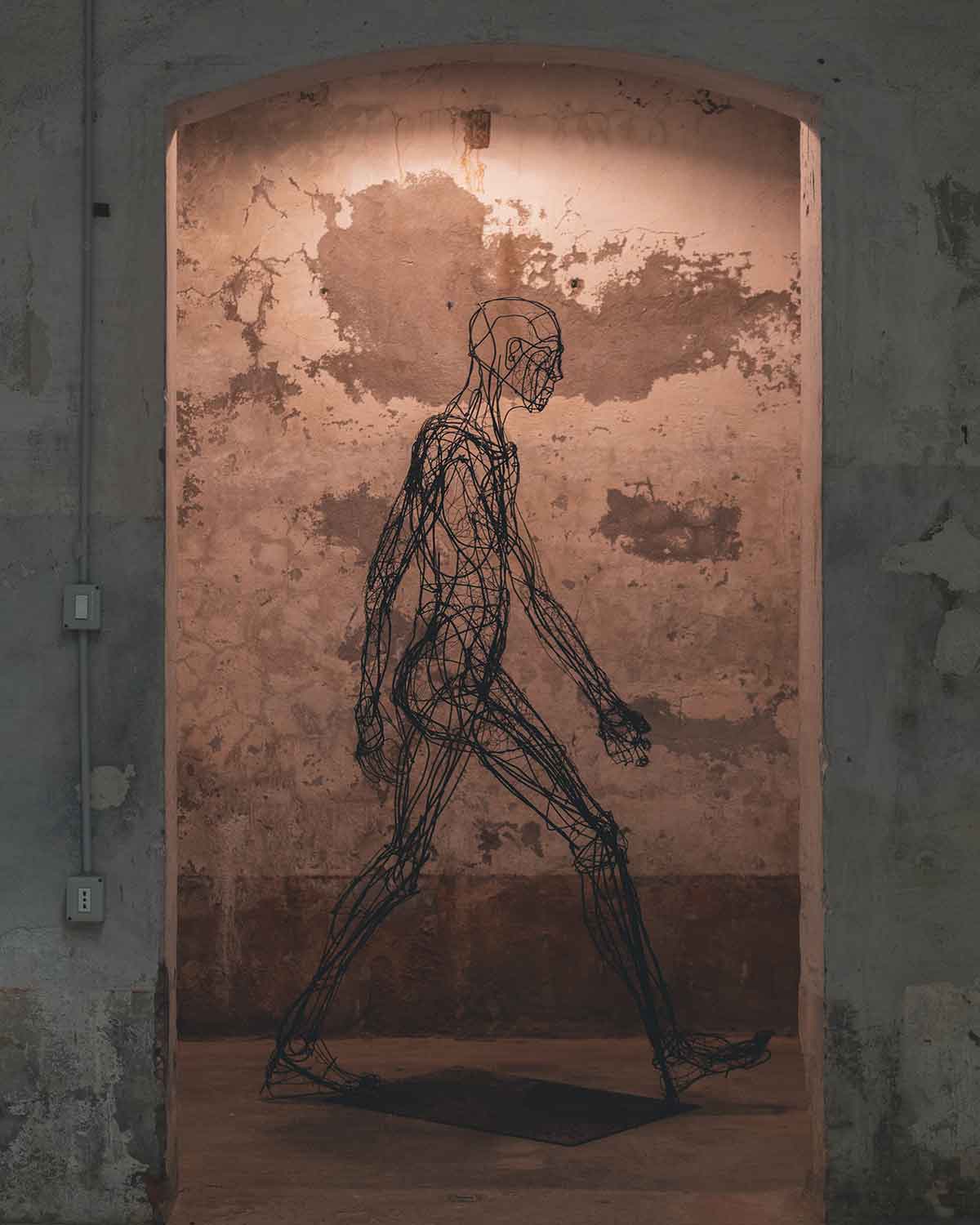 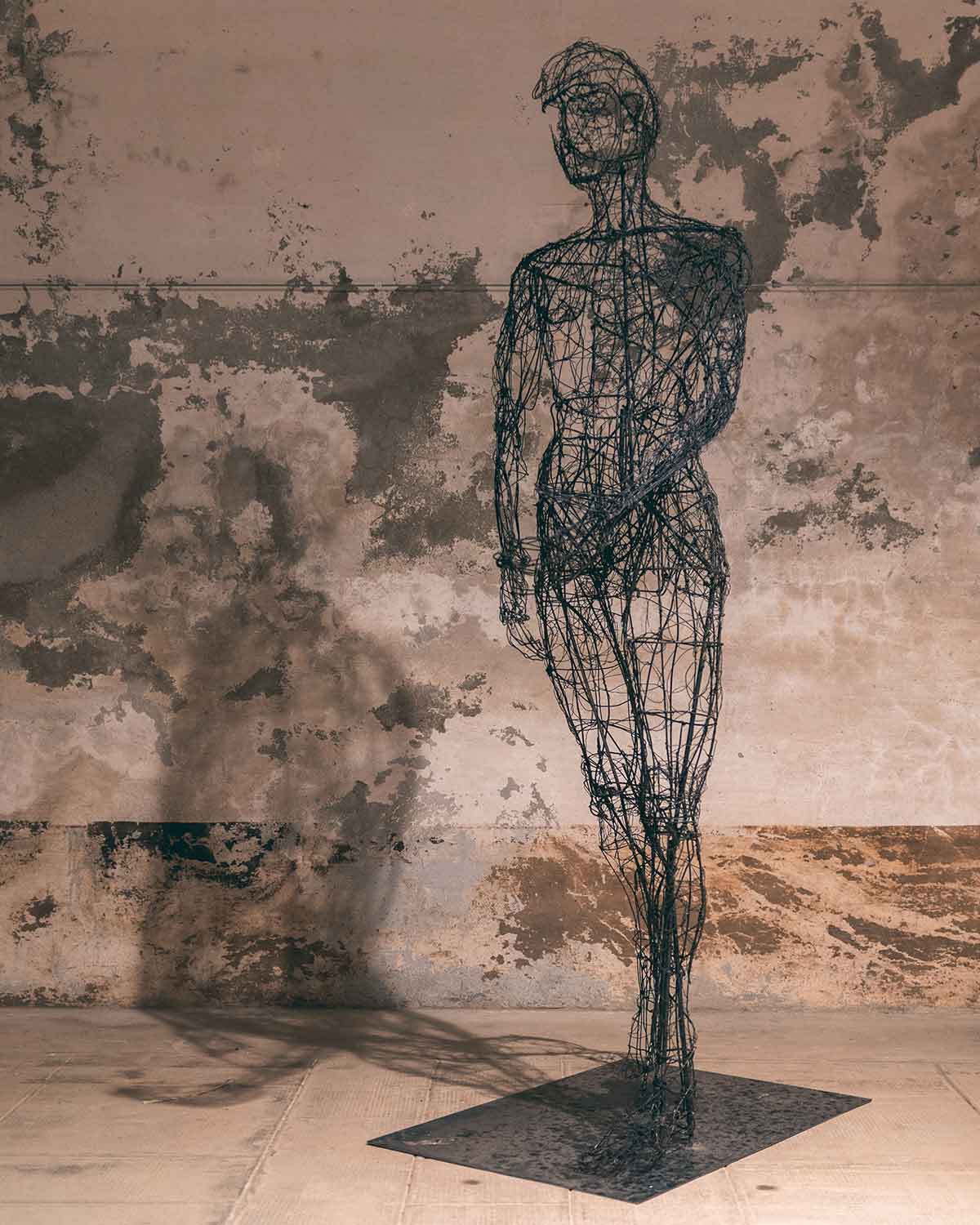 “That space, so empty, was actually full of expectation, of doubts, of things to say. Inserting my figures was like making those thoughts tangible in my small way”.

The sculptor, already known as a creator of imaginary spaces, decides this time to stage the taboo of human frailty in a completely unique way that is by choosing to furnish an abandoned military fortress where war has never really arrived.

For this architectural as well as spiritual metamorphosis, the apparent oxymoron “Forte Leggero” is the name that the artist ironically chooses to tell this game of introspection that: “from being heavy for others, it can make us light for ourselves”.

In reality, the site of the installation is called “Forte Mezzacapo” and was built as a second arch parallel to that of the older forts to strengthen the Venice-Mestre square at the beginning of the last century. A remarkable work extends over more than 100 m. wide, 30 m. deep and 5-6 m. in height. The plant is C-shaped, with a central indentation where there are four windows. All the ceilings are vaulted with plaster, as well as all the interiors. Despite the state of neglect in which it pours today, the fortification is intact in its structures since, as already pointed out; it was never involved in the fury of the two world wars but rather used, for many years, as a powder keg by the Italian army.

Precisely this historical peculiarity offers Pinosio the perfect metaphor from which to start his new imaginary journey: “we are like a powder keg that waits and quivers, waiting for the enemy that will never come”. 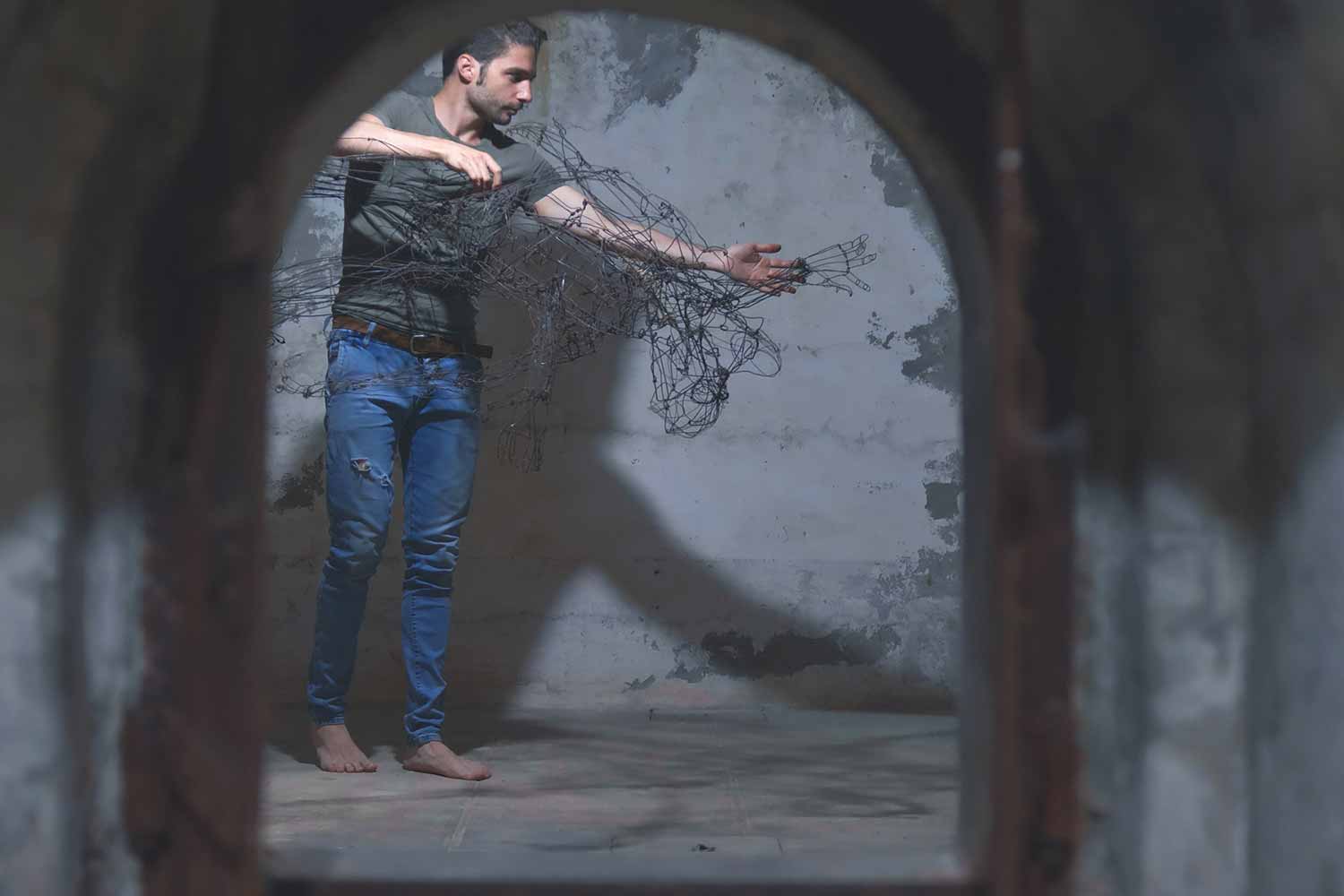 The bellicose expectations for which it was built never came true: “Why didn’t it happen?” Disarmed in the belly of its own armor, the fortress hands its leaden heart to the artist so that he can decline a new sculptural soul from it. A new feeling. A new courage. Pinosio’s dream arena now corresponds to the perimeter of his subconscious.

The external architecture of the fort thus begins, slowly, to lighten its volume, moving it towards the interior, where the artist sculpts the fortress’s first true liberating dialogue. A confession made up of about eight groups of figures that seem to multiply, wait and vanish, symbolically representing the word that takes courage, that withdraws, that awaits, that discovers. 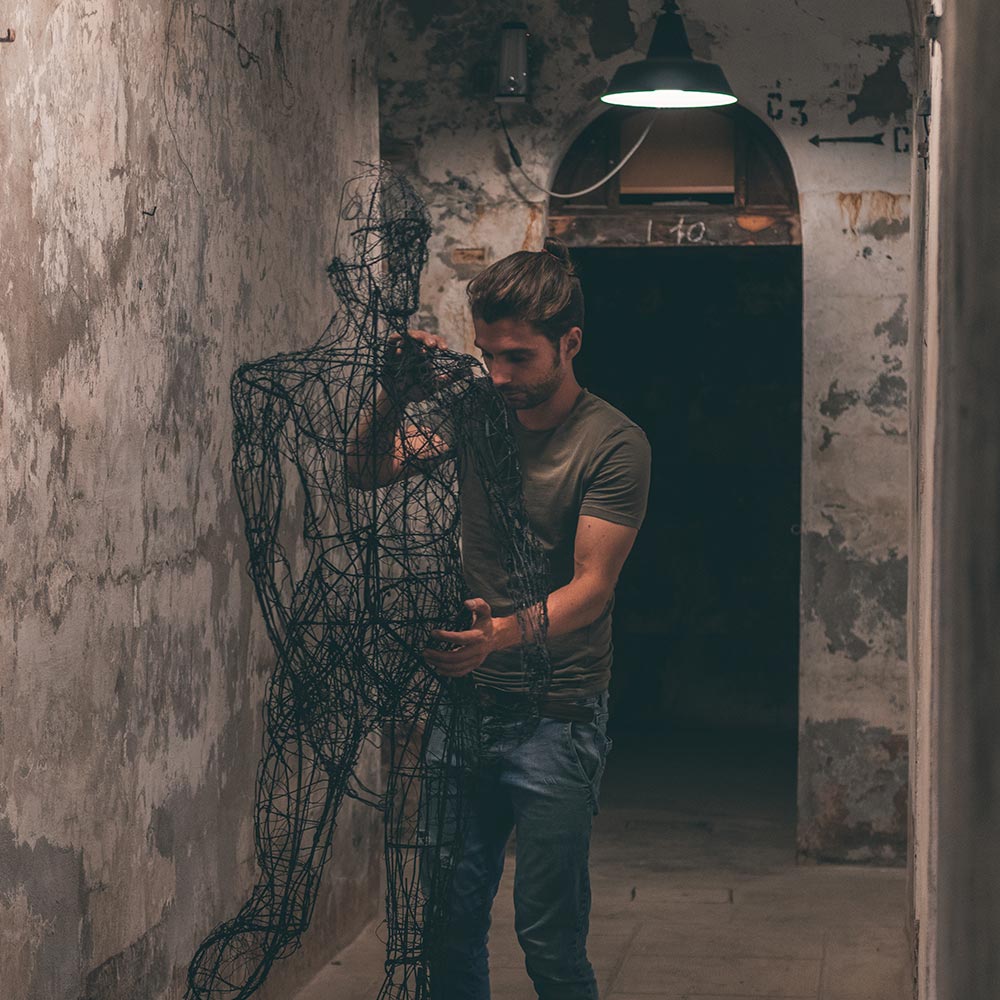 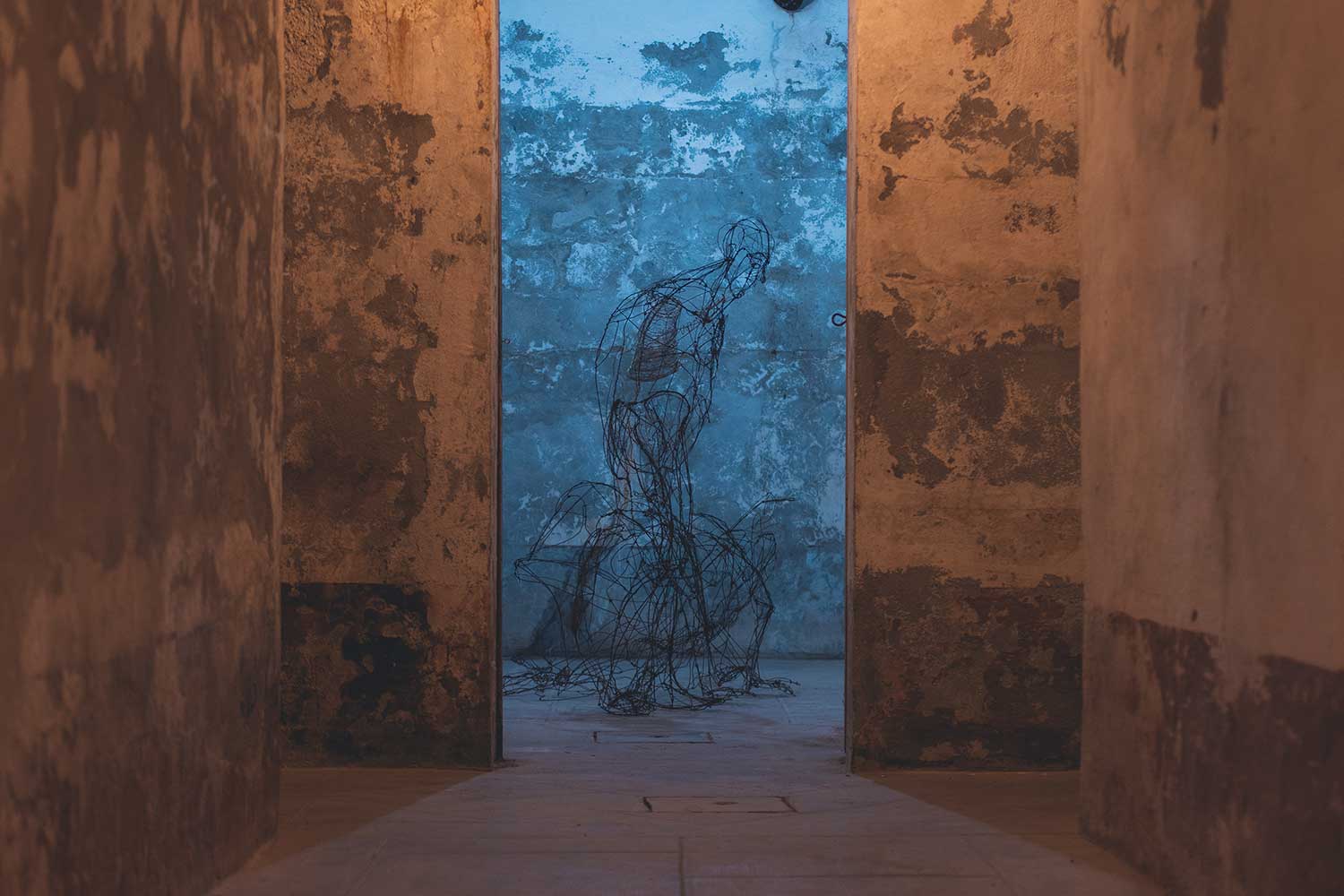 In this sweet introspection, the artist never leaves the dialogue. He feels he has to chase him in the same way that those light, almost ethereal wire presences seem to chase him. They know it and they anticipate it. A pursuit that appears first as an understanding, then a premonitory dream and finally a dance, where what leads is only the saving and disarming union between man and his imagination.

“The fort that had to be strong at any cost, is now finally light” the artist repeats again under the dome of the observatory that dominates the left area of ​​the building. The lines of his face, as well as that of his sculpture, reflect a new and extravagant light: the courage to be fragile has taken over. Echo after echo, thread by thread, Giovanni has climbed his fort.

“As an artist, decorating a military site of this magnitude really challenged my idea of ​​light and shadow. When I entered, my fears were different. I would like anyone to feel the lightness of my fort”. 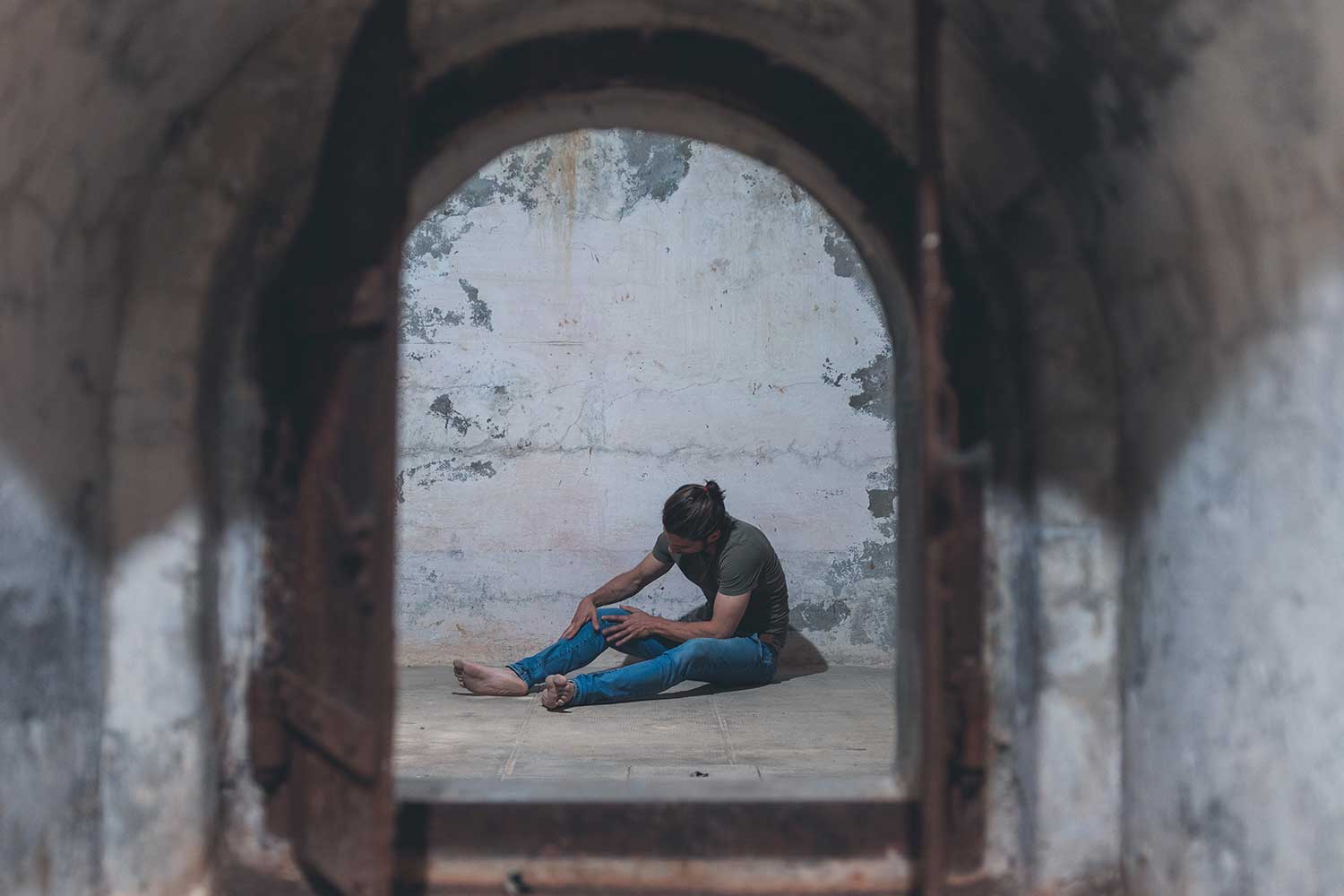 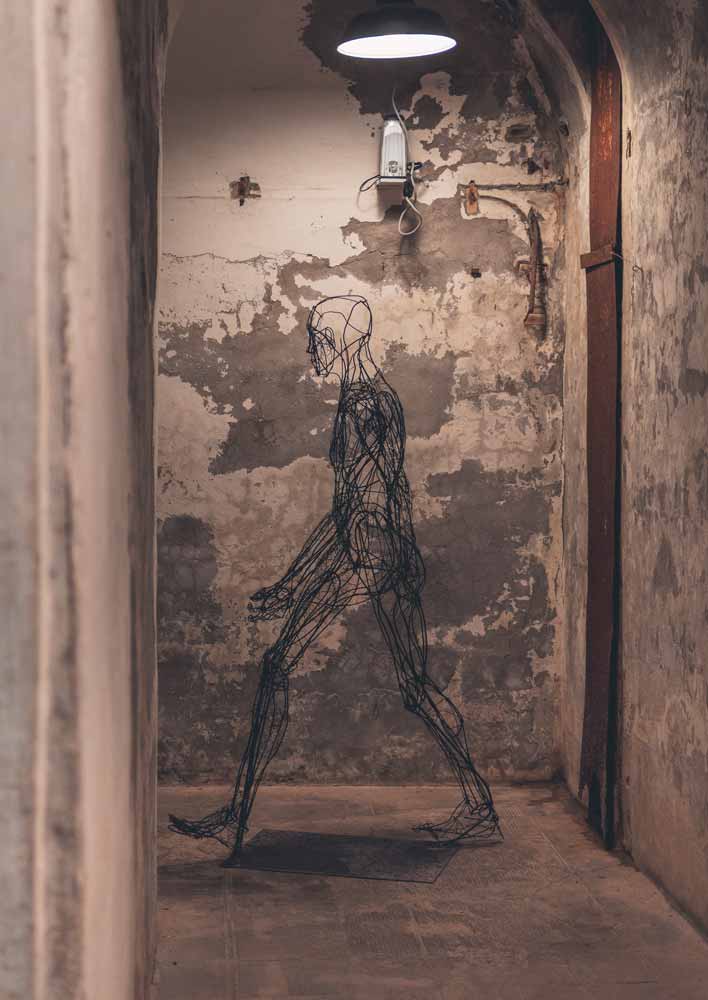 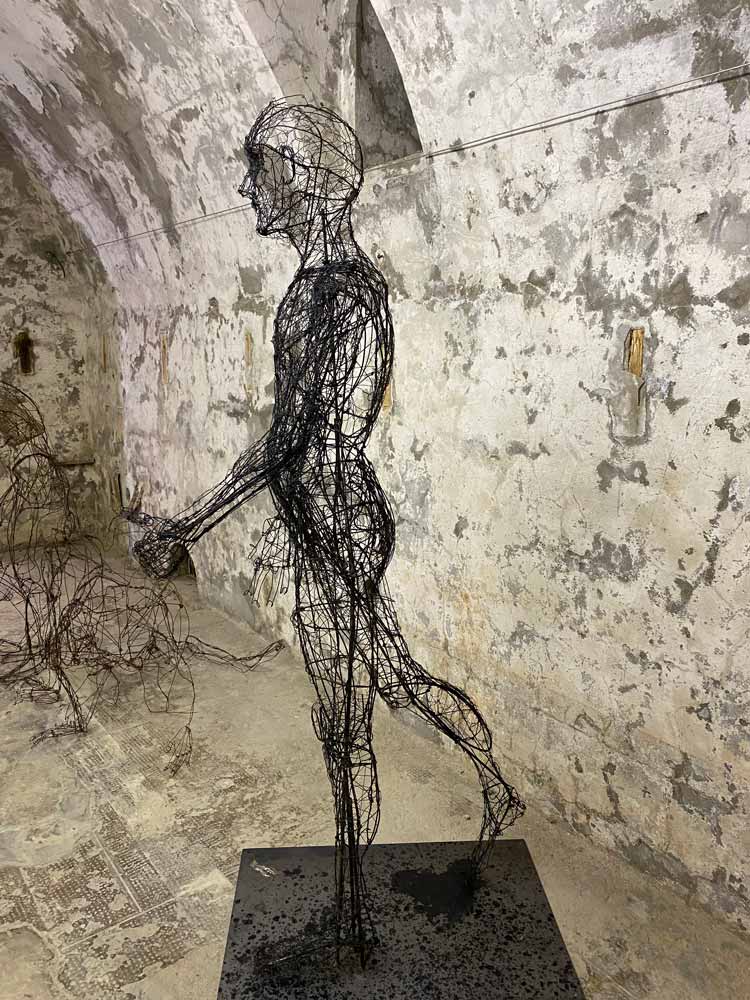 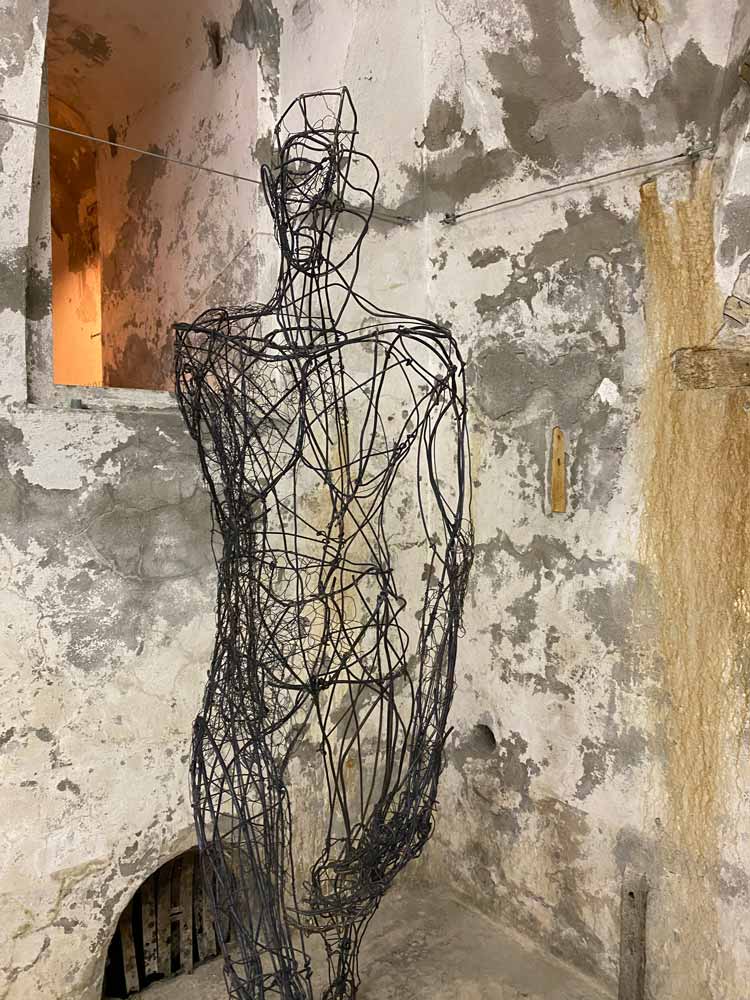 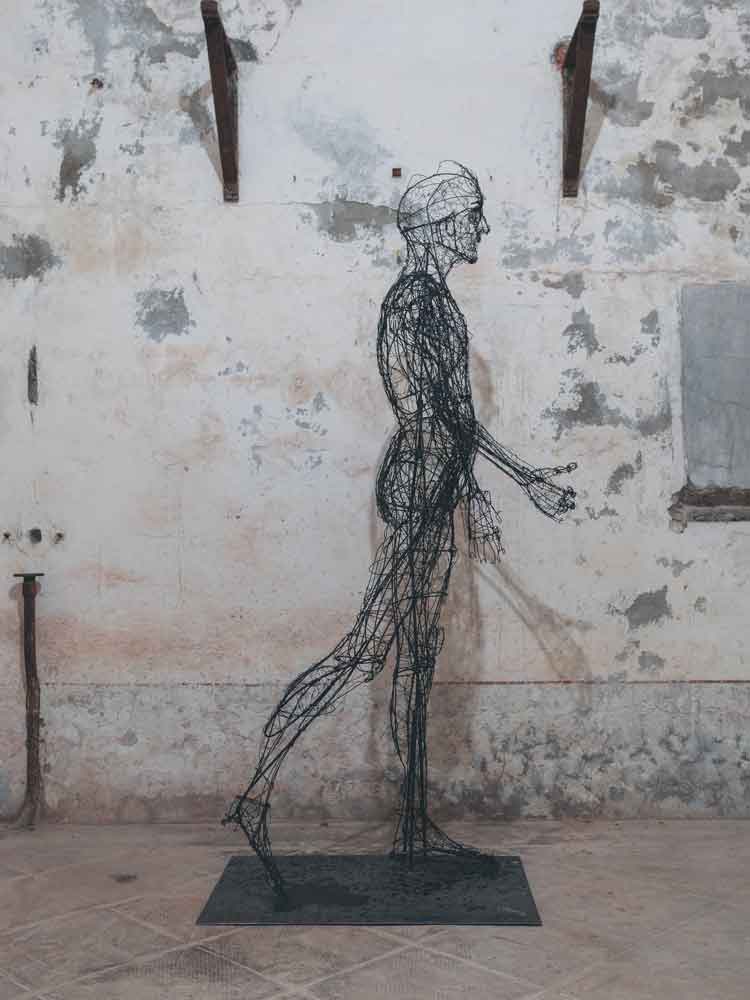 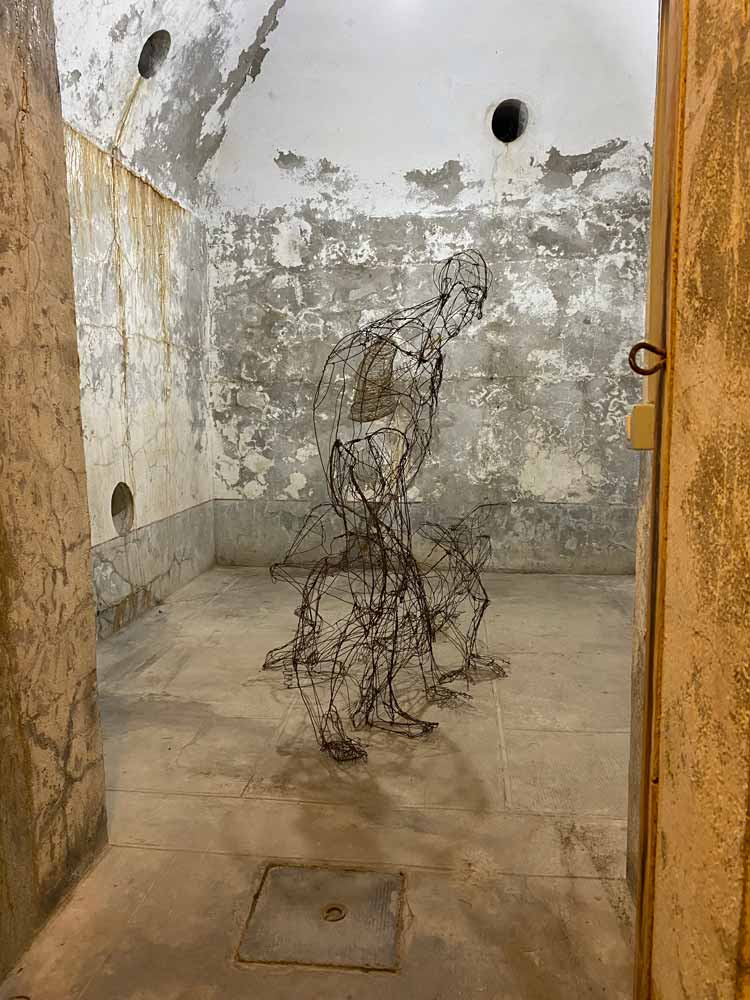 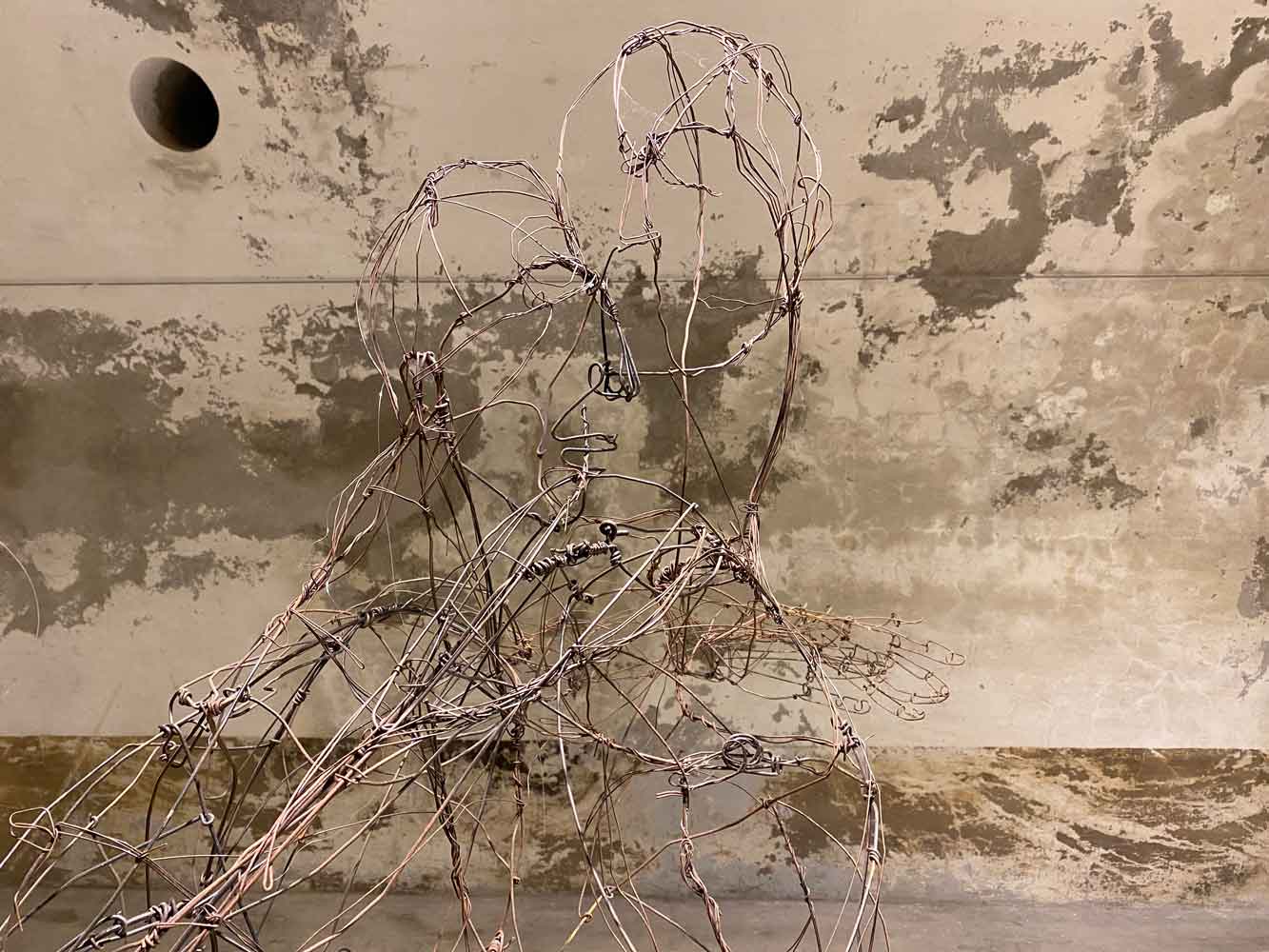 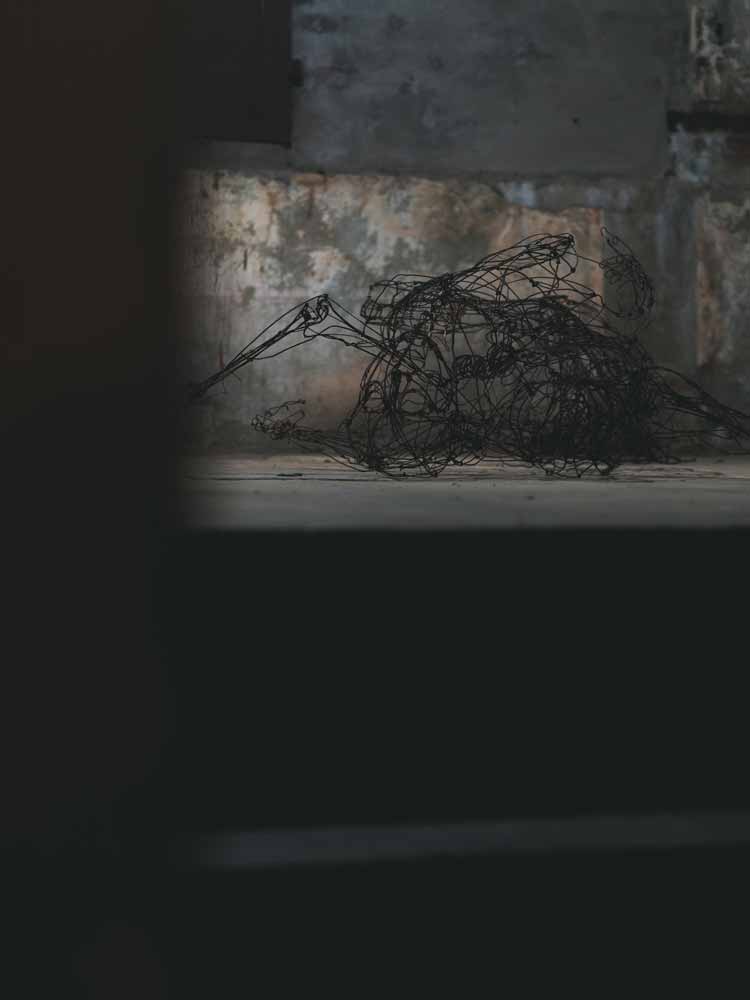 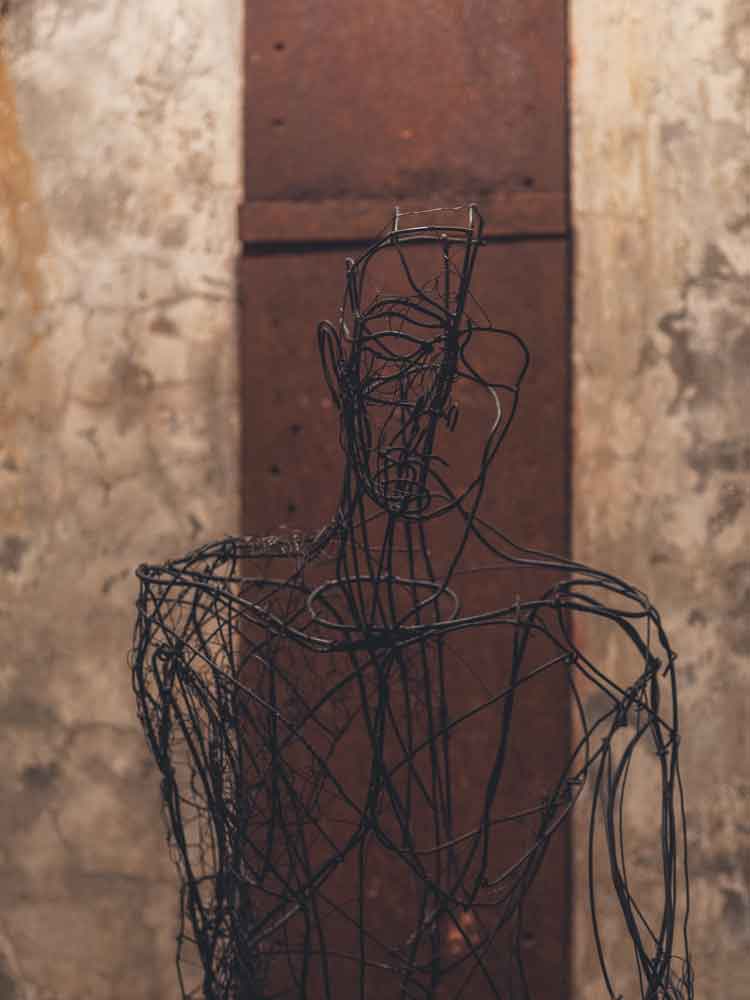 For more information on the presented product fill out the form, we will contact you as soon as possible. 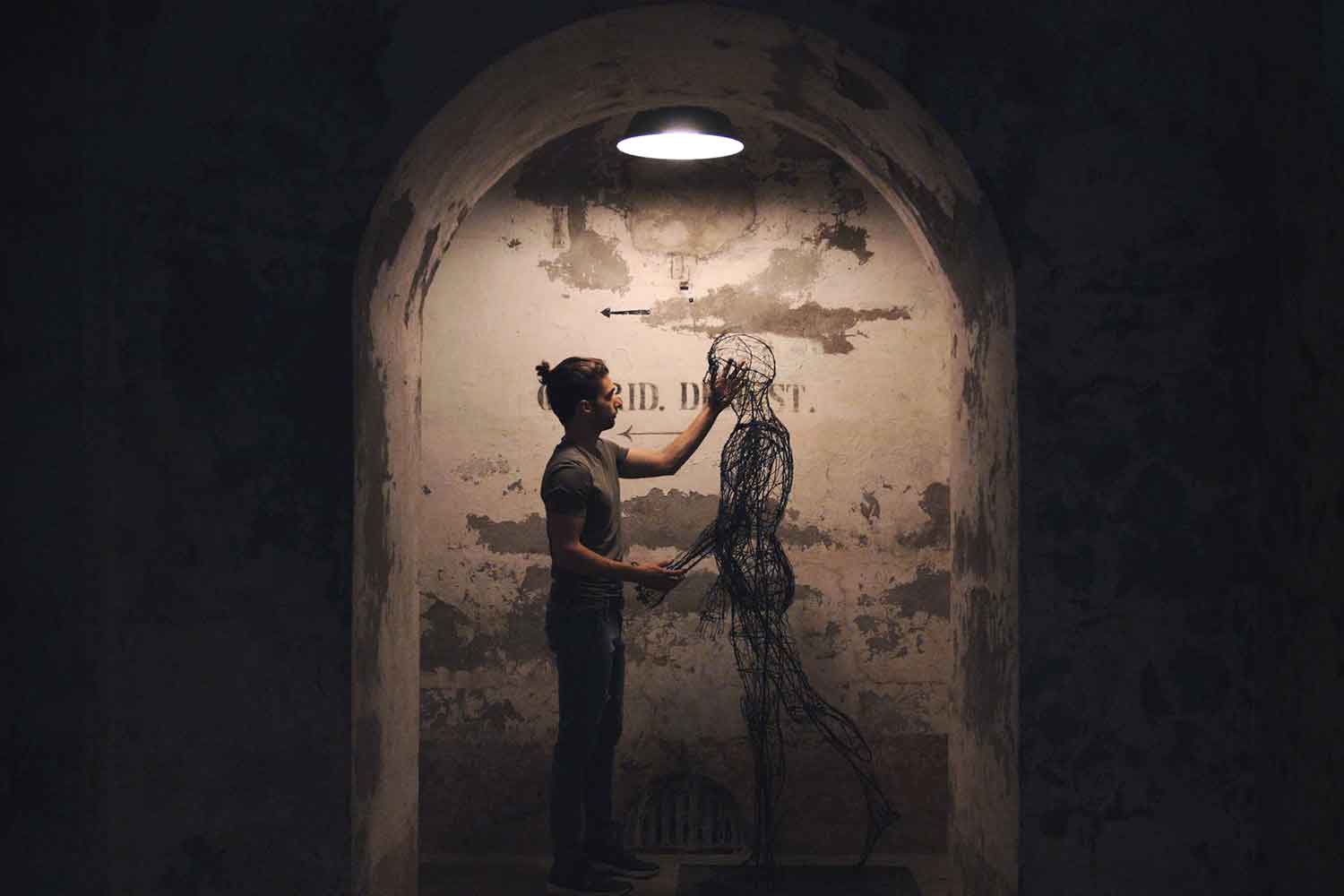 Fill out the form for more information. Thank you, we will get back to you as soon as possible. 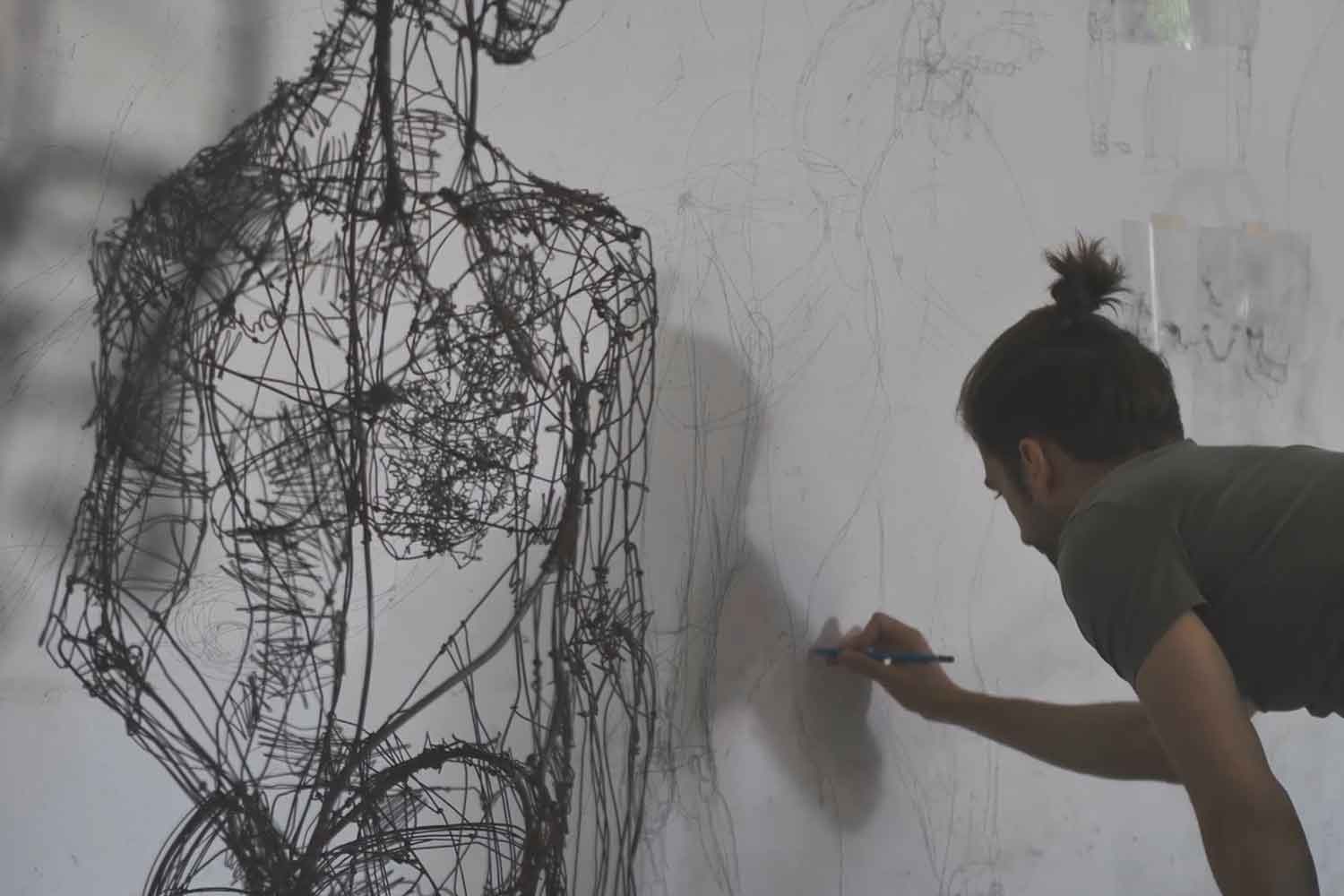 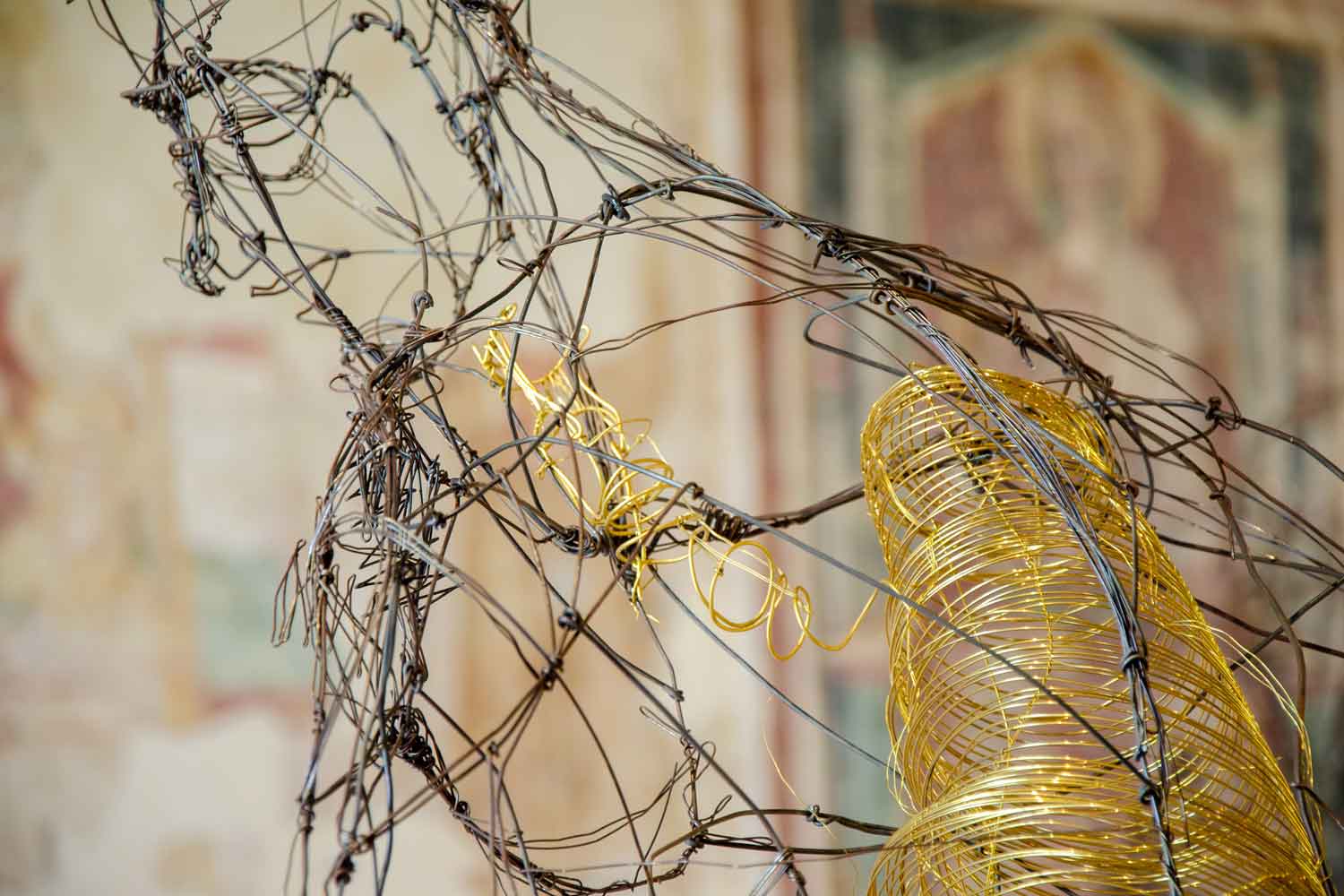 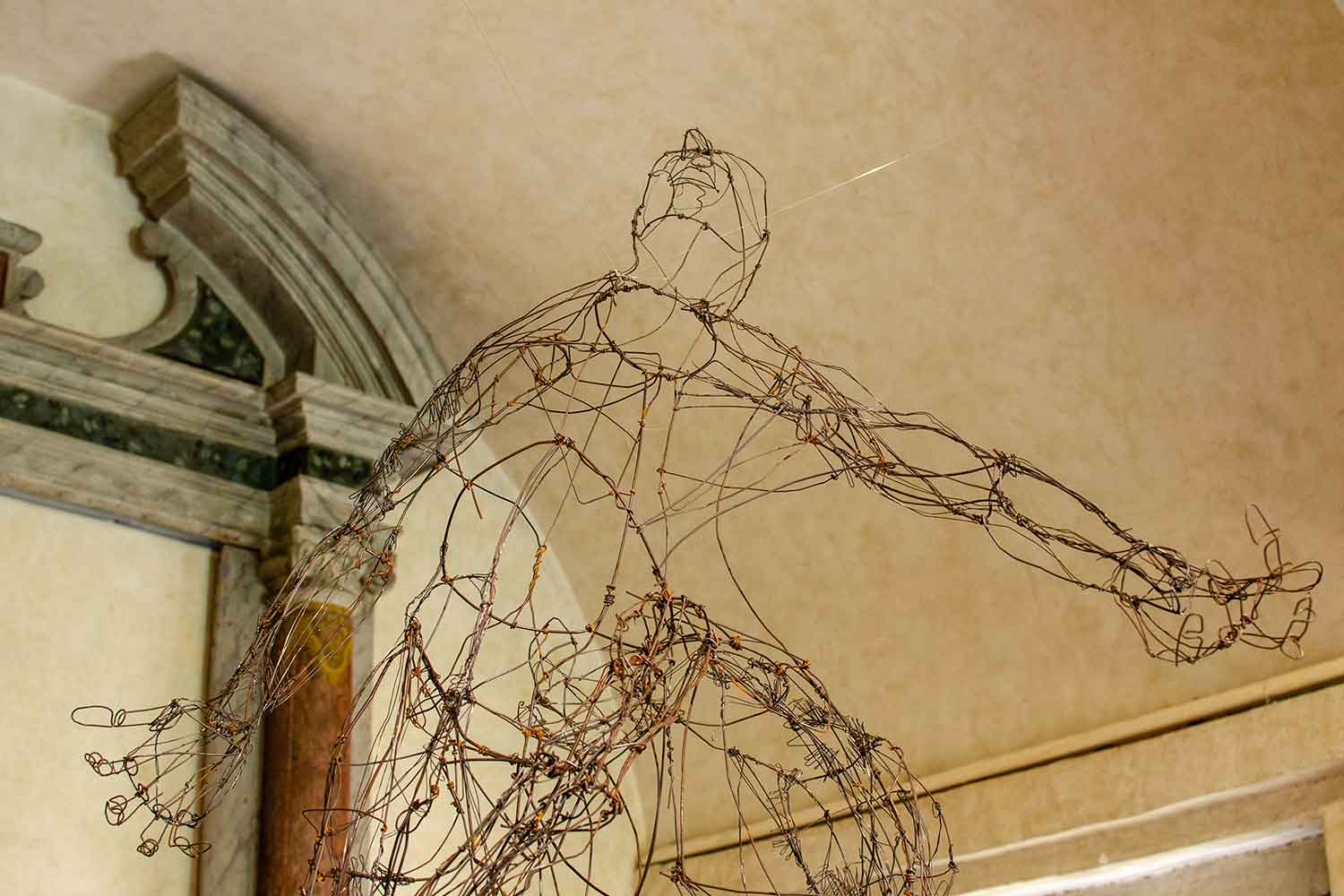